Posted on September 8, 2022 by Paul Schatzkin

The mystery of Life isn’t a problem to be solved.
It is a reality to experienced.
― Frank Herbert, Dune

This was going to be the follow-up to my first published book, a biography of Philo T. Farnsworth.  When The Boy Who Invented Television was published in 2002,  I felt like I had found my new calling as a ‘biographer of obscure 20th century scientists.’ The Townsend Brown bio was going to be the first sequel.

Until I was visited by the dreaded ‘sophomore curse.’

In 2009, I abandoned the Townsend Brown project – because after 6 years of  research and writing, I still had no fucking idea what I was writing about.

Countless times over the ensuing years, I have had conversations that go like this:

Listener: “You were writing a book. What happened to that?  What was it about?”

Me:  “Have you ever heard of the Ionic Breeze Air Purifier?”

Listener: “You mean the thing that was advertised in the Sharper Image catalogs?”

Me: “Yes. The one that circulates air without any moving parts….

The listener nods in recognition. And then I start:

In my research I encountered what I can only describe as a  cult⁠1 of people who believe that Townsend Brown’s discovery, when applied in a slightly different manner and with different materials, produces what might be described as an ‘anti-gravity’ effect (though Brown himself decried the term).

Let’s just say for argument’s sake that he did just that. END_OF_DOCUMENT_TOKEN_TO_BE_REPLACED

Posted in Defying Gravity - The Book, Uncategorized | Comments Off on Coming Soon: The 2022 Edition

Or oil or gas or coal or even solar, for that matter.

All we need to do is ‘bottle a star.’

This is the last scene in the original “Back To The Future” movie, released in 1985.

It is no coincidence that Doc Brown (🤔?) is running his DeLorean time machine on fusion energy when he comes back from the future.

Morgan told me once that ‘The Caroline Group’ has the ability to influence popular culture.  They keep trying to tell us what is truly possible in ‘the universe of magical things’ and the best we can do is treat it as fiction.

I might be writing the first book about ‘time travel’ that is non-fiction.

I am sifting through the archives to find the exact quote.

In the meantime, this is a perfect example of what he meant.

Because where we’re going… we don’t need roads.

Posted in Defying Gravity - The Book, Everything You Know Is Wrong | Comments Off on We Don’t Need Roads

Posted on April 18, 2022 by Paul Schatzkin
Posted in Defying Gravity - The Book | Comments Off on Protected: The Ambush at Santa Fe – August, 2006 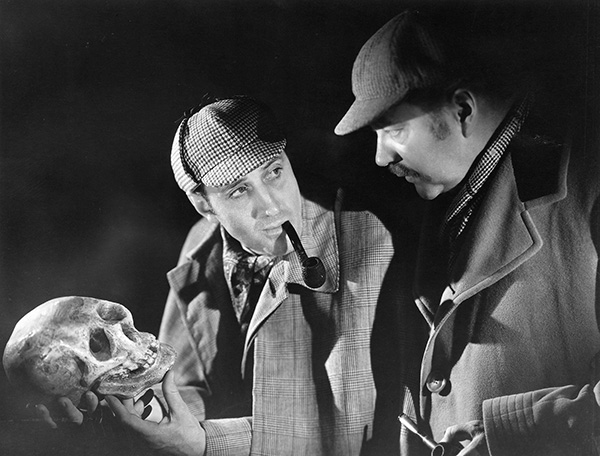 Some things have a way of repeating themselves…

Posted in Uncategorized | Comments Off on March, 2022: Hello, What’s This?

Fear not, they have not been deleted.

They have been moved to new servers.

Update March 11, 2014: The forums are now where they have always been:

They remain read-only and are left online for future research purposes, i.e. the next poor fool who gets sucked into the rabbit hole.  Don’t say I didn’t warn you.

Posted in Uncategorized | Comments Off on Looking for the Old “Parallel Universe” Forums?

Are You Looking for “The Book” ?

Posted on February 3, 2011 by AdBrownmin

If you have come to this website in search of Defying Gravity: The Paraellel Universe of T. Townsend Brown (aka “The Biography of the Man Whose Story Cannot Be Told”), please follow this link.

If you are looking for the “Dispatches from the Parallel Universe” forums that operated on this site from 2005-2009, they have been restored (to new servers) and remain read-only.  Find them here.

Posted in Admin, Defying Gravity - The Book | Comments Off on Are You Looking for “The Book” ? We found clear evidence of deviations at four locations:

In the course of our dives, we recorded precise figures for what the compass readings were as compared to what they normally should have been.
Over the next few months, I communicated these figures to a number of physicists around the world. To a one, they told me that such magnetic field anomalies could be caused by briefly-appearing micro-wormholes. They could think of no other explanation for the deviations. Prof. John Wheeler, of Princeton University, in Princeton, NJ, has given the name of "wormhole" to what he believes may be "transit tunnels" between different dimensions of reality.

According to Wheeler, these wormholes may be only a giga-fraction of a square inch in size-the number one preceded by 33 zeroes, preceded by a decimal point. Wheeler says these mini-black holes, constantly blinking in and out of the geometry of space, are thought to be bits of "virtual matter;" that is, they can exist for a limited time only. Their counterparts-so-called mini-white holes – are virtual anti-matter. Whenever these two kinds of virtual matter build up to any extent, they immediately destroy themselves. Wheeler can offer no explanation as to why mini-holes appear, disappear, then reappear.

Too bad the map that comes with this site doesn't quite reach the western most tip of Cuba….

Posted in Uncategorized | Comments Off on Bermuda Triangle Stargate?

Imagine how much fun this guy will have when “Defying Gravity” arrives on bookshelves:

Posted in Uncategorized | Comments Off on Sorta Like “Anti-Gravity”

The Challenge of Thinking Different

Sometimes there is more than one answer:

Some time ago I received a call from a colleague. He was about to give a student a zero for his answer to a physics question, while the student claimed a perfect score. The instructor and the student agreed to an impartial arbiter, and I was selected.I read the examination question:
“SHOW HOW IT IS POSSIBLE TO DETERMINE THE HEIGHT OF A TALL BUILDING WITH THE AID OF A BAROMETER.”

“Finally,” he concluded, “there are many other ways of solving the
problem. Probably the best,” he said, “is to take the barometer to the
basement and knock on the superintendent’s door. When the
superintendent answers, you speak to him as follows: “Mr.
Superintendent, here is a fine barometer. If you will tell me the
height of the building, I will give you this barometer.” At this point,
I asked the student if he really did not know the conventional answer
to this question. He admitted that he did, but said that he was fed up
with high school and college instructors trying to teach him how to think. The student was Neils Bohr.

And I'm quite certain that's exactly what Sarah Palin had in mind when she said she didn't necessarily want to provide the actual answers to the questions she was asked during the VP debate.